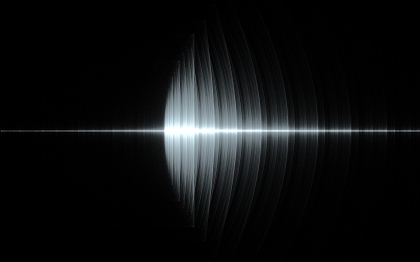 “The individual was without form and void, and darkness was on the face of the deep”.

How would you perceive this to be? “The individual was without form and void, and darkness was on the face”. I find this very interesting and uniquely parallel with this scripture in particular. This is exactly what depersonalization and depression feels and looks like.

I’m sitting at the desk that I was working at in my mother’s office. There were at least 3 to 4 other employees there at the time of my darkness and they had no clue as to what I was dealing with on a daily basis. (It’s amazing how those of us with these mental conditions can play this role as if everything is okay and actually be the total opposite). I got up from the desk and went into the bathroom. Can you imagine not comprehending how to get to a bathroom that was only 10 yards away from my desk. I was having trouble with everything at that point in my life. Direction had become extremely difficult. It was as if I was dealing with some form of dementia at the time because I couldn’t remember much of anything nor did I have a sense for direction. When you feel like you’re outside of your body, nothing makes any sense anymore. I would have to talk myself to do whatever it was that needed to be done. So I would say something like, “get up, turn left and now walk. Left foot first, right foot next, then left and then right again. Reach out and grab the handle to the bathroom door. Now go in and close the door behind you”. I had to do things like this often. It was really bad but it was necessary in the process of moving forward. I would use the restroom and then wash my hands. While washing my hands I would look at myself. I couldn’t quite construct who and what I was looking at. I would sometimes get anxious and walk away due to discomfort and chronic anxiety about it all. But sometimes I would just remain in that same position and I would just stare into the mirror. Maybe I was thinking that I would see the apparition of sorts. I would make these weird faces sometimes just to confirm to myself and my mind that it was me that was pulling the strings as opposed to being possessed by some weird spiritual entity of conflict. That would always make me feel a little better. I would even touch my face and laugh a little out loud because I felt all the was going on with me was insane. But, what really made things much better with me was the consistency of what I said in the mirror. I would look in the mirror and say to myself, “I love you”. I would even cry at times because it just hurt that bad. Not because I truly didn’t love myself, but more so because I really did love myself and I really did want whoever I was and whatever I was going through to get better.

Words helped me make a gigantic great deal of progress. God gave me the instructions all the time and I just ran the course with it. I had remembered that scripture in Genesis and I often was curious about the power of words. Could you really design your reality? Could you really say what your are and where you’re going and it actually propel you in that direction? To answer on my own behalf, the answer is yes. I can honestly say that I, along with God’s presence and help, built a new me and wielded myself to be 10 times stronger than I was before that first panic attack hit. To paraphrase that second scripture in Genesis chapter 1. It was dark out and God said, “let there be light”. God formed this entire planet and reality called earth with just His words. No machinery and no tools. Just words! Every time I told myself “I love you”, something would drop off and something else would be gained. I didn’t know exactly what was going on, but I knew that it was working. I knew that I had to keep having positive affirmations as well as words and thoughts of optimism constantly. I knew there was a light at the end of this dark tunnel I was in and I knew that in order to get to the light, I just needed a little bit of hope and faith. I truly do believe that when going through these dark times that it makes sense to say constantly, “let there be light in my world and on my face”. If God can form the world with His words and we are His offspring. He made us in His image so why wouldn’t we be able to use our own words to create what’s in front of us. We too can go from being in a dark place in life to having a constant light that shines all over our entire reality. But, you have to believe, be genuine, and be consistent about it all.

I’ve been doing audio production in the radio industry for over 15 years. I take words and a variety of other forms of audio and I create art and substance out of it. I can take words and design a presentation to encourage people to feel a certain way as well as purchase things. I am also capable of warping words and changing the sound and meaning of them. I say all this to basically express to you that words have this amazing power that makes even the most deadliest bomb look generic and harmless. I actually see audio frequencies and audio wave forms on a daily basis. That doesn’t mean anything special pertaining to me. But what it does mean is simply this. These things are very peculiar. Why have you not taken out the time to investigate as to what is actually going on at the very moment when you release a sound followed by the present company of defined words into the atmosphere? These frequencies travel somewhere and have a lot of impact. You are already aware of what happens when you say something hateful to somebody that may be standing in front of you. So imagine what happens when you’re alone and you say something aloud and nobody is in front of you. Where do you think these invisible lines and waves go. What if I told you that they boomerang and return back to your own conscious state of mind to manipulate the moments and seconds in front of you. Pretty wild right? You should be very, very, very, very careful with the thoughts and words that come out of your being. They have an amazing impact on your life. Just like when God spoke and said, “let there be light”. Light just existed at that moment. There was no delay nor was there any interaction with the light and God. God gave the order and the light listened. It obeyed the laws of God and the universe and within a balance of reverence it did what it was told to do.

I looked in that mirror day after day, after day and I said “I love you” over a thousand something odd times. So imagine what those words did to me and my reality. Or what about when I said to myself that I am going to be 10 times stronger that I ever was. And what about when I said that “I was of greatness and can’t nobody stop me from achieving what I dream”. I know what this void and darkness of the face looks like. I’ve seen it and I can still remember accurately exactly what if looks and feels like. I know it’s not easy and if seems like nothing is ever going to change forever. But, even that’s a corrupted state of mind for the moment. Say and be the change you want constantly throughout every day. Understand God and Christ as our redeemer as well as our creator. Understand how God made us in His image so that you may understand how God gave you the ability to use your actions and your words wisely. Lastly, when you get a chance go to the mirror and understand that when you say, “I love you” that it reflects back to you…